Congratulations to Johnny Weir, who has been voted Readers' Choice by SKATING Magazine readers (I was tipped off by FSUniverse 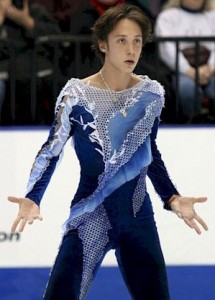 ). He's the first male skater to win the award since Michael Weiss in 2000. I think it's a fitting cap to a truly amazing turnaround season for Weir.

Weir is coached by Galina Zmievskaya, Viktor Petrenko and Nina Petrenko, all of whom he was quick to thank.

"I would like to thank my coaches who helped me achieve my best results over this season," Weir said. "I'd also like to thank (my former coach) Priscilla Hill for getting me to the point where I could be selected for an award like this and for her continuing support of my career and progress."