Share All sharing options for: Fergie Better Watch Out For Kristi Yamaguchi 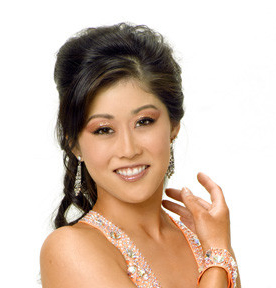 Well, I finally have a Wii, and now I have another game to add to my wish list. This time it's "Celebrity Sports Showdown," featuring our demure Olympic Gold Medalist and reality television star Kristi Yamaguchi! The game pits celebrities such as Yamaguchi, Keith Urban, Fergie, and Nelly Furtado against each other in games like badminton, dodgeball, and yes, the sport of champions, inner tubing (ahh something I can finally compete in). Mtv.com has the scoop; the game is released by Electronic Arts and is coming out in time for the holidays this year. But we know that Kristi Yamaguchi will conquer all. Thank goodness Lauren Conrad isn't on the game.