Share All sharing options for: Is Figure Skating post-Nationalism? 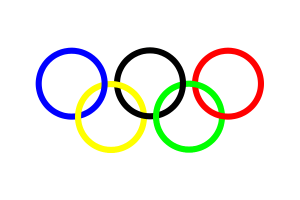 Here is an interesting blog post from www.whoareamericans.com that asks whether the Olympics have kept up with globalization of people and if the competition should just focus on athletes rather than country. The article cites the case of ice dancer Tanith Belbin as an example:

With each country making its own rules for determining who is eligible, the Olympic organizers admit the system has problems.

Tanith Belbin, of the Canadian-American ice dancing team of Belbin & Agosto, had to become an American citizen a few days prior to the 2006 Winter Olympics, so the duo could compete under the banner of one country only. What would be more in the Olympic spirit than two athletes from different countries competing together as a team and splitting their medal between Canada and the USA?

I found this blog post especially interesting because I have been pondering whether country labels have almost become irrelevant in figure skating. I mean, I know I feel pride when I see someone competing under the American flag, but just think about all the athletes and coaches training and living in the United States and other countries since the early 90s fall of Communism in the Soviet Union and elsewhere. American Johnny Weir and Swiss Stephane Lambiel train under Ukranians Viktor Petrenko and Galina Zmievskaya in New Jersey. Japan's Miki Ando, Nobunari Oda, and several others over the years have trained with Nikolai Morozov (who himself competed as an ice dancer for various former Soviet Republics) who is currently also in New Jersey. And there have been skaters who have dual citizenship who compete for the country whose Olympic team was easier to make.

To an extent, when I watch figure skating (especially since the demise of the Cold War), I consider the figure skater to be competing for personal glory rather than necessarily representing their country. If it were a team sport, I might feel otherwise, but there's only so much patriotism I feel when someone is out there on their own. What if we got rid of country labels altogether and just made it about the competition?

Then again, there are benefits to having that country label. I'm sure people love to be able to identify with their athlete (I know I do) - even if that athlete tends to live and train in a whole other country. And as for the athletes, I don't think you renounce your home country just because you move elsewhere. Finally, my guess is that for someone who watches a sport once every four years, country serves as a nice cheat sheet for who to root for, and as much as I love figure skating, I tend to find sports more engaging when I'm actually pulling for someone or some team.