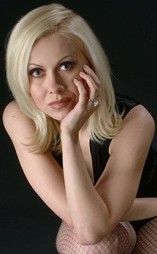 The Kyiv Post has a great interview with Oksana Baiul, who talked a bit about her work with Ukranian organization Tikva:

I joined the organization "Tikva," whose core mission is to care for the abandoned Jewish children of Odesa. I am on the board of directors and support them financially. A couple of days ago, we had a charity dinner and collected $1.5 million, which will go directly to the orphanages. Every time I visit orphanages, I cry. But these are tears of happiness, because I know I can help these kids, as many helped me throughout life. Still, I am afraid of people, afraid to get too close. It always feels like they will leave me sooner or later.

Baiul says she joined Tikva after reconnecting with her father and learning of her Jewish heritage.

She also talked skating; I was specifically interested in her regrets over turning professional so soon:

I regret that I switched to professional sports [from amateur competitions] so early. When I was 16, 17 and 18, I didn't understand the gift I had been given from above. I considered the Olympics to be the apex from which there was nowhere higher to jump. Figure skating is the only sport that forbids skaters who have become professionals to switch [back again] to amateur competitions [such as the Olympics and championships]. Maybe if I had remained in Ukraine and hadn’t left the amateur sport, I would have won my second, third, and fourth Olympics. But the absence of decent conditions for figure skating development in Ukraine defined my choice.

I loved watching her skate and was sad when she turned pro, but it really was the height of figure skating's popularity back in 1994 and skaters were pressured to capitalize. I just wish maybe she could have been sponsored to train in the United States (or somewhere with better ice conditions than the Ukraine) and stay an amateur.

She mentions that she is still working on "Cold as Ice," which everyone keeps referring to as a broadway musical, but that confuses me. It hasn't been to broadway yet, although Baiul expects it to come out there by 2010, with stops in Canada and Florida (it's already debuted on Long Island). I am guessing they still need financing, but who knows? I dearly hope it gets there, because I definitely need to see this!