Sasha Cohen May Or May Not be Training for 2010

Share All sharing options for: Sasha Cohen May Or May Not be Training for 2010 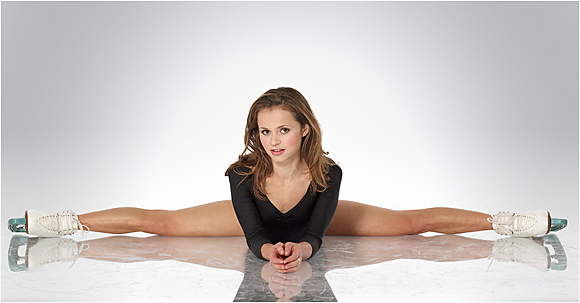 The Orange County Register has an article about how Sasha Cohen has started seriously training in figure skating again, after two years away from competition.

Olympic silver medalist Sasha Cohen on Wednesday said she has resumed serious training after 2½ years away from competitive skating in hopes competing in the 2010 Olympic Games.

"I really want to compete next (season)," Cohen said after a rehearsal for Friday night's McDonald's Family Tribute on Ice at the Galen Center.

However, the Fabulous Forum at LA Times says that Cohen isn't necessarily sure about 2010.

Cohen, who lives in Newport Beach, said she's "definitely" thinking about Vancouver but hasn't made a decision yet.

"I'm training really hard right now, and I will keep reassessing," she said.

"My only timeline would be signing up to qualify the year before."

I am assuming she is not going to confirm that she wants to compete in 2010 until she figures out if she can be competitive again, so that's probably the hold-up in the decision-making. I would really love for Kwan or Cohen to just come out and be like, 'DUH I want to make the 2010 TEAM!! OF COURSE.' But I think they've been around long enough not to set themselves up for a potential failure like that, and they probably don't know themselves if they'll be competitive. But I would love to see someone really get fired up!