Place to be: Ruth Museum Gala

Share All sharing options for: Place to be: Ruth Museum Gala 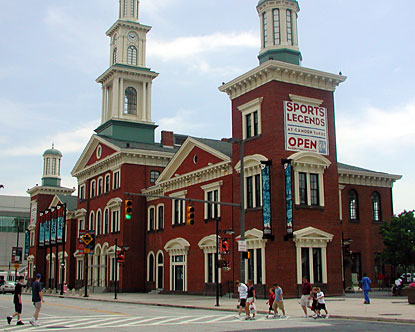 The Maryland Daily Record reports that the Babe Ruth Museum is holding its annual gala on Nov. 1. This year it is honoring beloved sportscaster Jim McKay, who passed away earlier this year.

The Baltimore museum event will be the place to be for not only some major figure skaters but also other famous athletes:

This year’s Babe Ruth Museum’s annual gala, a tradition which started in 1989 and last year netted $100,000, will begin with a VIP reception for sponsors and athletes at the Sports Legends Museum, then move across the street to the Hilton for the main event honoring the life of McKay, best known for hosting ABC’s Wide World of Sports and 12 Olympic Games. Athletes in attendance will include swimmer Michael Phelps, figure skaters Kimmie Meissner and Dorothy Hamill, gymnast Dominique Dawes and boxer Sugar Ray Leonard.

It appears tickets are still available for $175 per person; $150 for museum members. Also, the website says Michael Phelps will be there, so they are obviously rolling out the Maryland-area sports red carpet for this one.