Share All sharing options for: Cold As Ice Reality Show

This Yahoo video is an interview of Oksana Baiul talking about a new reality show that will follow the making of "Cold as Ice," the future broadway show. There isn't really any information about when it will air but I, for one, will be watching.

I'm glad Oksana admits to having watched her gold-medal winning performance several times, because I have too and I hate when people say they never watch themselves, etc. She also kind of tries to get in a plug for herself doing "something" at the Olympics.

Baiul says she skates every day and works with younger kids. She says she's absolutely "excited" to be where she's at. She also has a jewelry and clothing line. 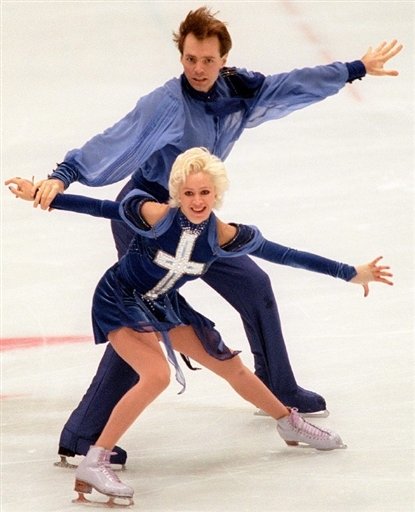 She looks a little different every time I see her...I used to think Pasha was trying to look like Oksana but now Oksana is looking a bit like Pasha, circa 1998. Of course, Pasha no longer looks anything like that, so I guess it doesn't matter.