Share All sharing options for: Smuckers Stars on Ice Review 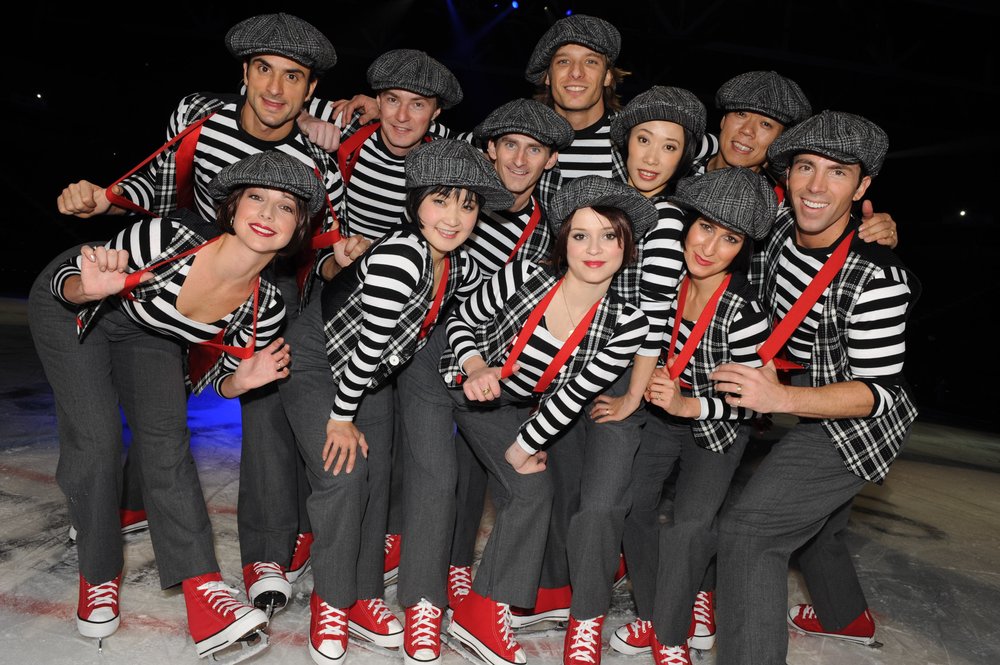 I saw Smuckers Stars on Ice last Friday at the Verizon Center in Washington, D.C. and I wanted to give a little review of what I thought. I have seen other Stars on Ice shows, but not for years. This one didn't quite live up to the old ones in my book, but it was still sooo much fun! I brought my friend KB, who is not the biggest skating fan and doesn't really know much about the sport. She had the greatest time and definitely wants to go to more shows. It made me happy that Stars on Ice was able to spread the skating love to a new fan!!! We interviewed some of the skaters beforehand as well, and they definitely helped win her over. Look for the interviews later on in the week. Photos Courtesy of Smuckers Stars on Ice.

Here are some of the moments in the show that stood out for me (there are a lot):

Sasha Cohen's butterfly transition routine in act 1. It was more of a transition between skaters than a full performance, and she was skating with these wing-type things. It was absolutely beautiful to see her with even more extension and it only emphasized how graceful she is. 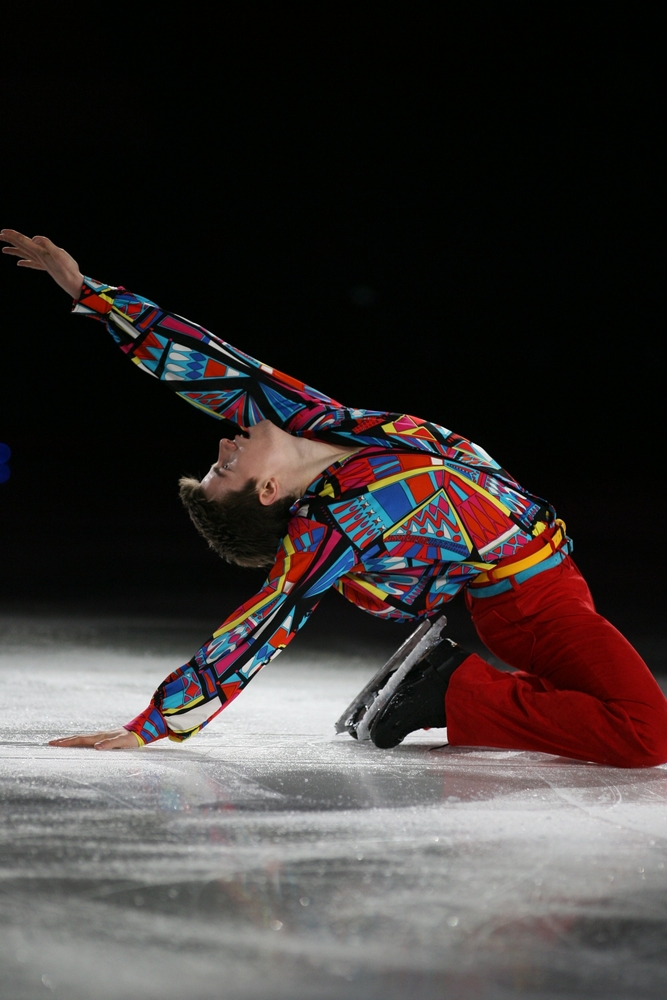 Special Guest Jeffrey Buttle's routine in the first act to Jamiroquai's "Canned Heat." First of all, he gets instant points for skating to this song, which Napoleon Dynamite dances to at the end of the movie by the same name. Second of all, he had so much energy and landed several triples. He could obviously still be competing and he was just a joy to watch. It was one of the first performances of the night and I thought his extremely bright red and blue and whatever color shirt was a great introduction to skating costumes for KB. As she said to me during the skate when I spoke to her, "what? I can't hear you over his shirt." Loved it.

Michael Weiss skating to Journey's "Open Arms" in act 1: Um, bonus love for skating to Journey. That's pretty much all it takes for me. I love his super special skates with the curved back edges. Michael Weiss has turned into one of my favorite performers, and I would never have known that would have been the case a few years ago. I've seen him live several times now and he just doesn't let the crowd down. And he does quite an impressive array of jumps as well, but don't forget about the backflips. He is the hometown boy here, hailing from McLean, Virginia, so it was fun to see his reception.

Todd Eldredge skating to John Mayer's "I'm Gonna Find Another You" in act 1: One of my favorite parts of the show. He has so much quiet emotion in his skating. I think he landed a triple axel. And his other jumps and spins were outstanding as usual. It was touching. He did one of those scratch spins where he brings his arms down into his body rather than up, and I loved that. His act 2 skate was great as well, but I was distracted by the sequined shirt and purple velvet pants. You would think I'd seen enough skating by now not to let the costumes get to me! heh.

Sasha Cohen skating to "Moonlight Sonata" in act 2: She skated to Rihanna in act 1 and it was fun, but this is the type of program that I watch Sasha Cohen for. She gets to show off the grace and her lines. Unfortunately, the program included a fall, I believe on a triple salchow, although I may be mistaken. It was too bad but she got a huge ovation anyway because she's great.

Most traumatizing: "Ramalama (Bang Bang)" by Roisin Murphy skate of Shen Xue and Zhao Hongbo during act 1. She wore a curly auburn wig and they were doing some sort of robot-inspired performance. As great as they always are, I'm going to have nightmares about that wig. But, the performance was awesome - loved the throw twist.

Least traumatizing: The "We Got it Going On" by Bon Jovi number with the boys in their "sleeveless tanks," as Sasha Cohen told us about when we spoke with her before the show. She was right, it was a fun number. It always makes me happy to see the guys out there being goofy and showing off.

I'm Not in on the Joke: I did not see the Stars on Ice that included the whole John Zimmerman/Axel Edge skit, and "Axel" made a cameo at this show doing an introduction to a skater, but he said the band broke up. I feel like I must be really missing something! He's a good skater and I loved his skate with Michael Weiss and Yuka Sato to "The Dance," but he didn't stand out in his solo skates. I'm going to have to Youtube the Axel Edge stuff!! Maybe the band will get back together (or Edge will get a new band) for next season's show!

The most adorable thing ever: The act 1 finale to "Sock him in the Jaw." It featured all the skaters dressed in the same outfit, old-time newsie hats and awesome red converse high-tops. This number was too cute. They were trying to act tough but they looked so ridiculous. Loved seeing everyone together.

I'd definitely recommend the show. Stars on Ice is always a fun night of skating and the performers try so hard to put on a memorable performance. Remember to look out for the interviews coming soon!