Before the last few groups skate tonight, here are some thoughts on the top ladies: 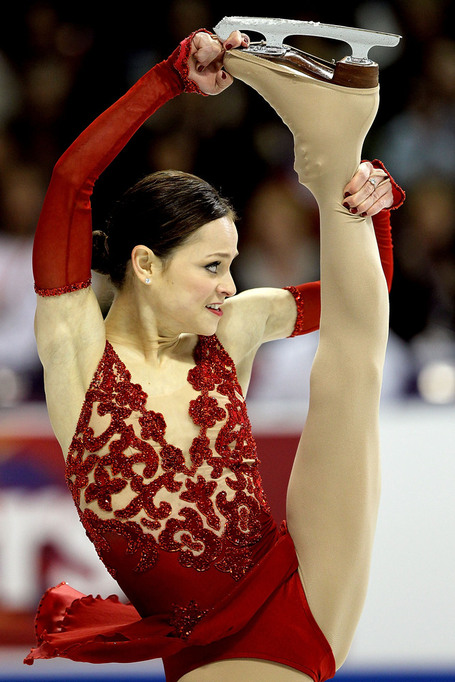 -It's being widely reported that Sasha Cohen has never put together two clean programs.  I can't remember her having done so myself, so if she can do it tonight it will be a pretty remarkable personal victory in addition to trip to Vancouver.  If she stands up and doesn't double too many jumps, I'm pretty sure she goes.

-A fact to keep in mind about Ashley Wagner (that's also been widely reported) is that she jumped from 12th place to fourth place at last year's national championships by winning the free skate.  There are a few other instances where she's had a big comeback in the free skate.  Not sure if she'll be able to come back from her fall on Thursday, but it will be interesting to see if she can keep her reputation as an amazing skater when the chips are down.

-Rachael Flatt completed a triple/triple on Thursday and instead of leading, she is in third place by a slim margin.  I think this makes it evident that Flatt will have to capitalize on the errors of others in order to make the Olympic team.  If all things are equal or if Nagasu and Cohen do even slightly less than Flatt as far as jumps go, I think they win out on the strength of the rest of their skating.  Flatt is so solid, though...I don't think any of this will even affect her, which is why she'd be a great asset to the Olympic team if she makes it.

-Mirai Nagasu definitely sounds a lot more confident than she has in the past.  She looks like she's having a great time and just enjoying the experience, whereas last year she was almost skating desperately.  Perhaps she has started realizing that she is only 16, and this is probably not her last chance to make an Olympic team.