Well, the ladies final just ended and Rachael Flatt finally wins her national championships after two years as the runner-up!  And a very strong performance from silver medalist and former national champion, Mirai Nagasu.  They'll likely be your 2010 Olympians!  Ashley Wagner came up just short at third place.  Not a good night for Sasha Cohen and her comeback attempt...she had a terrible free skate and wound up in fourth place.  The Olympic team has not yet been named.

In ice dance, there was a changing of the guard, with Davis and White beating out Belbin and Agosto for the first time at a national championships.  A very strong dance from both teams, as well as bronze medalists Emily Samuelson and Evan Bates.  It was a really great day for U.S. ice dancing. 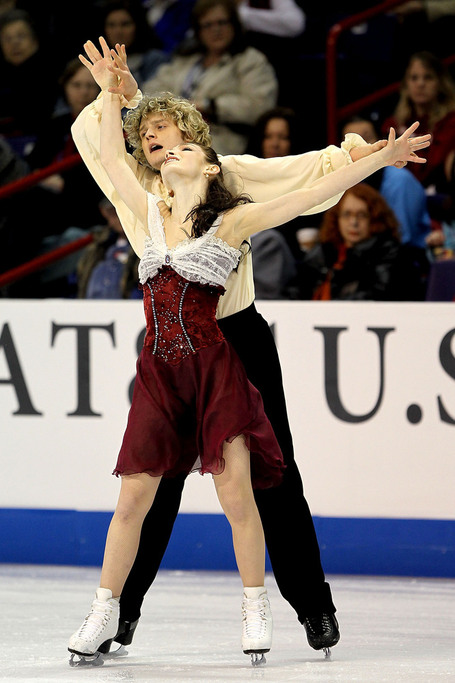 Full standings after the jump....