Cup of China Preview and Predictions

Share All sharing options for: Cup of China Preview and Predictions

The Grand Prix continues this weekend with Cup of China in Beijing. Seeing a few major world medal contenders for the first time. 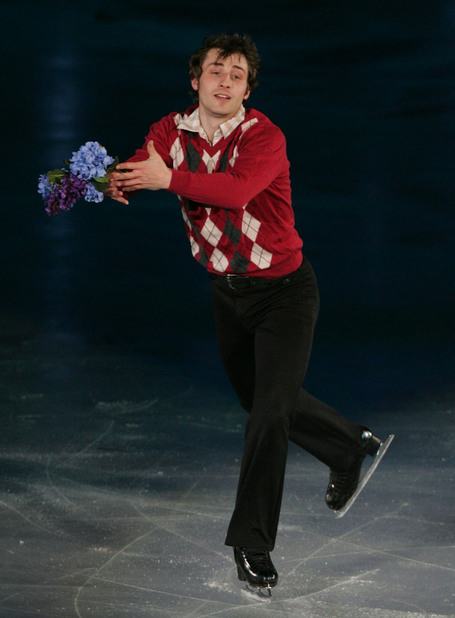 Why to Watch:  This is world bronze medalist Brian Joubert's first Grand Prix...which means that it could be risky betting on him.  BUT it's not Trophee Eric Bompard, so that probably helps.  I would love to see how the rule changes affect him - I'm assuming it will help if he has those quads under control.  He changed coaches (again) in the offseason so it will be interesting to see if his head is in the right place for this competition.  I'm also excited to see him go in a different (more traditional?) direction artistically with his Once Upon a Time in Mexico and Beethoven programs.  Also here is Japan's Takahiko Kozuka, who has some of the best skating quality out there but got kind of lost in the shuffle last season.  He could definitely come out and win.

Keep an Eye Out For:  America's Brandon Mroz, in his first Grand Prix of the season.  He's probably hoping to erase last season entirely and capitalize on his quads. He really had to work on his presentation (as well as landing the jumps!) so let's hope he did that in the offseason.  Italy's Samuel Contesti and Czech Republic's Tomas Verner are always around threatening to medal. Russia's Sergei Voronov has a Grand Prix medal under his belt as well.

More previews after the jump...

Why to Watch:  China's Pang and Tong should easily rack up their second win of the Grand Prix season and their ticket to the Grand Prix final.  No one should touch them here.  Russians Iliushechkina and Maisuradze are coming off of a Skate Canada win but they won't likely truly contend for gold unless Pang and Tong err greatly.

Keep an Eye Out For:  America's Evora and Ladwig.  They had such a nice breakthrough season last year and haven't committed to going for the next Olympics; can they get a Grand Prix medal finally?  America's Yankowskas and Coughlin are coming off of an impressive free skate a few weeks ago and it would be great if they could have a good short program here to put them in medal position.

Why to Watch:  This should be a competition between France's Pechalat and Bourzat (who have yet to win a Grand Prix) and Italy's Faiella and Scali, who have numerous Grand Prix medals to their name, including a gold.  Both teams were left out of the big picture last season but, with the absence of some of the major teams, they should assert their competitiveness this season.  But they'll have to avoid errors.

Keep an Eye Out For:  America's Hubbell and Hubbell - you have to think that after the two young American ice dance pairs the Shibutanis and Chock and Zuerlein both medalled in their first Grand Prix events this season that this pair is salivating to make their mark as well.  They'll have to get through Russia's Bobrova and Soloviev, who have come so very close to medalling in the past. 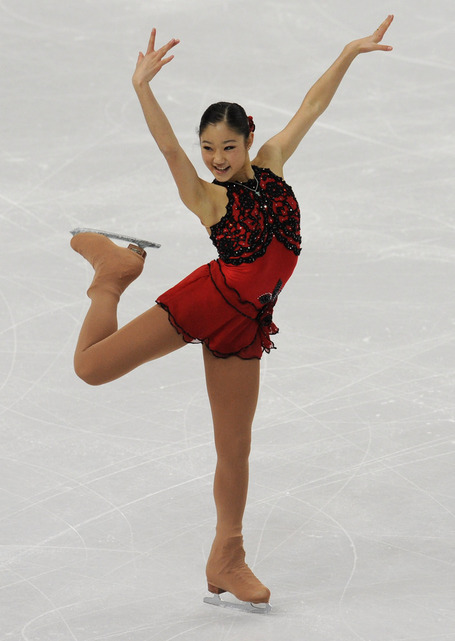 Why to Watch:  American Mirai Nagasu is competing here.  She took off several weeks this summer with an injury and has been quoted as saying she is lazy.  Awesome.  If Nagasu weren't so "lazy," she would be the great hope for U.S. ladies right now because she truly has the full package, when she rotates her jumps and gets her edges correct.  She is dynamic and elegant and adorable.  However, she did need to do some maturing in her skating so we'll see if there's any growth this season.  I was surprised she wasn't pulled from this competition; I'm wondering how ready she truly is.  She is really a wild card because she's been injured - I'm scared to make predictions.  Japan's Miki Ando is still plugging away.  She's got a real presentation problem but she could very well be the only one here landing any jumps, which should help.

Keep an Eye Out For:  Akiko Suzuki of Japan.  She is fun to watch and, although her technical difficulty won't be anywhere near, say, Ando's...if she's clean, she's in the medal mix.  I'm looking forward to seeing Amanda Dobbs of the US.  She was a pleasant surprise in fourth place at last season's Four Continents.  And never count out Russia's Alena Leonova - two medals on last year's Grand Prix and when things are going well, an infectious personality.