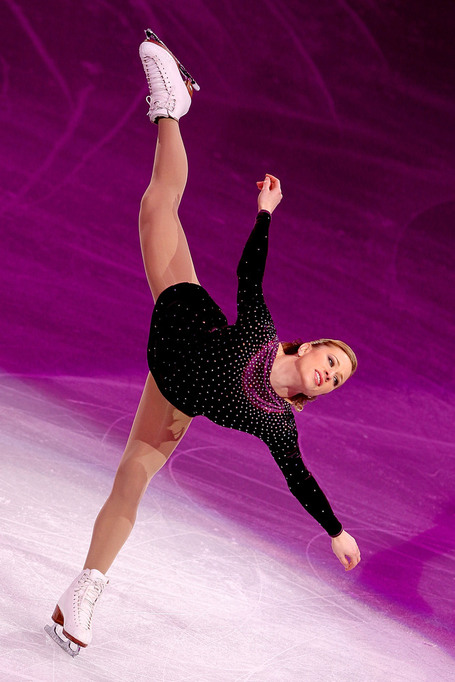 Canadian skater and new Olympic bronze medalist Joannie Rochette has received the Terry Fox Award, along with cross-country skier Petra Majdic of Slovenia, who fell in a warm-up prior to her event and competed with bruised ribs and a punctured lung, winning the bronze.  According to the Vancouver Sun:

The award was created by the Fox family and the Vancouver Organizing Committee to single out athletes who embodied the same spirit as Terry Fox, the amputee who tried to run across Canada in 1980 to raise funds for cancer research.

Fox died of cancer before he could complete his Marathon of Hope. But the legacy of his courage and determination in the face of daily pain has helped raise nearly $500 million for research in the last 29 years.

Betty Fox said she was grateful to know that there athletes who also had the same grit that her son did.

Rochette received the award for persevering with her Olympic competition following the unexpected death of her mother Therese a week ago.  Upon acceptance of the award, Rochette stated:

Her halting and heart-breaking comments, filled with emotion, left everyone in the room hanging on her every word. Many people sniffled and wiped eyes, and Vanoc CEO John Furlong was left in tears.

Rochette also paid tribute to her mother in a beautiful exhibition performance at the champion's gala.

UPDATED:  CTV is reporting that Rochette will carry the flag for Canada in the closing ceremonies tonight.