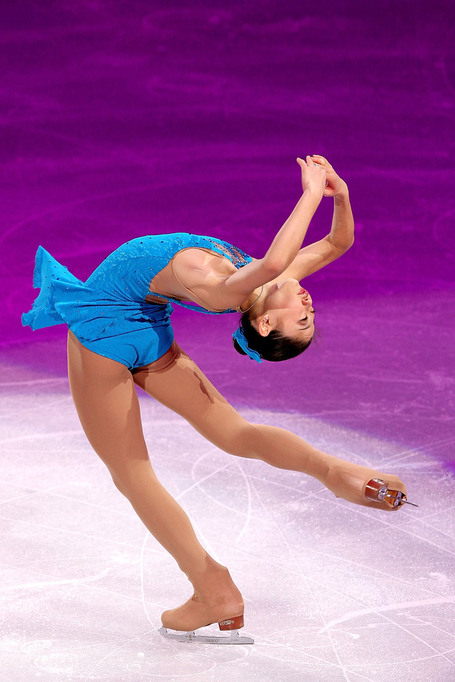 But, hey, no pressure!  To be honest, I don't have any idea who will be the next Olympic champion for the women, I'm too busy being excited by Yu-Na Kim's victory.  But I do agree with Hersh's sentiments in his Chicago Tribune article where he talks about Nagasu being his most vivid memory of the games.

In 2007, winning the U.S. junior title, she was a tiny wisp with big potential.

In 2008, winning the senior title at age 14, she was a callow, unrefined skater whose skills deserted her during a growth spurt in 2009.

And now, the 16-year-old Nagasu, the Olympic debutante from Arcadia, Calif., who came onto the ice for Saturday’s exhibition as a young woman with confidence and command as glimmering in the spotlight as her turquoise dress.

We'll be able to see how Nagasu follows things up later in March at the world championships!