Dancing with the (Ice) Stars

Share All sharing options for: Dancing with the (Ice) Stars 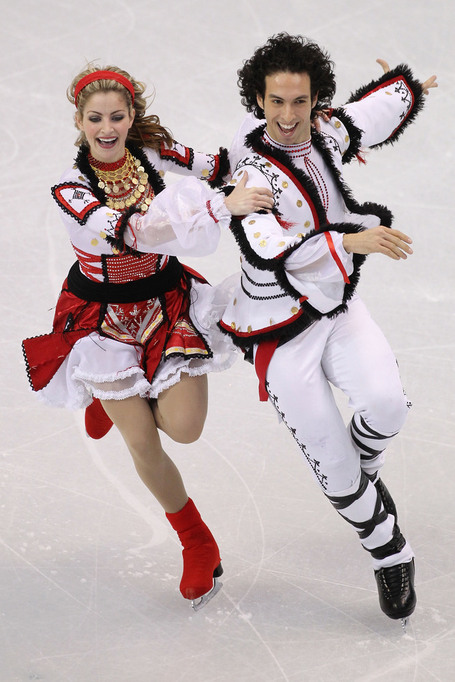 Well, last week in the frenzy of news about Olympic Gold Medalist Evan Lysacek joining the cast of Dancing with the Stars, there was also an article about a potential upcoming ice dancing show.

Entertainment Weekly reported that BBC Worldwide is planning an ice dancing reality show.  It will feature six celebrities paired with ice skaters.  And sounds exactly like that old Celebrities on Ice or whatever show it was.  Do these shows do well?  I guess they have to try after every Olympics and see whether skating competitions can be viable in the States again.  Ice Wars 94, I will never forget.