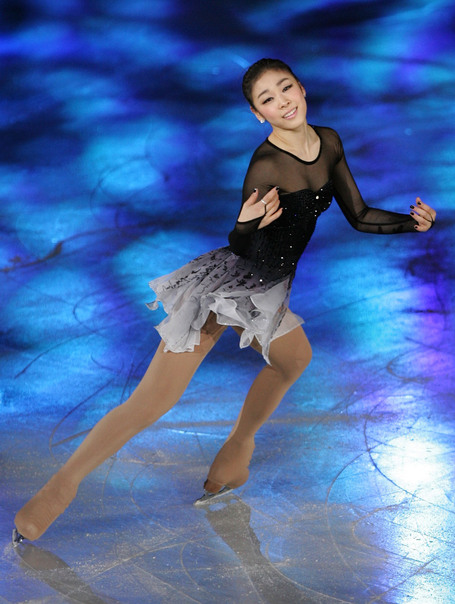 Yu-na Kim has decided to skip the Grand Prix series this year.  She will only compete internationally at the world championships, according to the Korea Times.  This is depressing news for skating fans.  From the article:

As of her announcement the fans won’t see her performance in the Grand Prix competition of 2010-2011 season, starting from Oct. 22 in Japan. Instead they can see the world No.1 skater’s dance on March 19 in the World Championships.

The 19-year-old, who returned home from Canada to prepare for an ice show, indicated she would not attend the Asian Games in Kazakhstan in February.

She also said that she hasn’t yet set a new program.

"I didn’t start training yet. After the ice show I’ll make up a schedule with the coaching staff and select the programs,"

"First of all I need to recover my normal condition in full though now I am in good shape," Kim said.

Kim was burnt out at last season's world championships, and by competing only at worlds this year, she can avoid that situation again. There were also a million rumors out there as to what her plans are, so it's good to have this official announcement.  The decision takes away a big draw from the Grand Prix series (and possibly the Grand Prix Final) and it's going to be odd to only be seeing Kim's programs for the first time at the world championships.  But, it's not an unheard-of move.  Kim's fellow ice queen Michelle Kwan stopped competing in the Grand Prix after the 2002 season (although she did compete in the 2002 Skate America).