Shen and Zhao: Wedding on Ice

Share All sharing options for: Shen and Zhao: Wedding on Ice 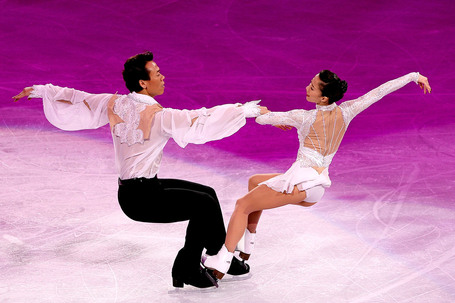 Olympic pair gold medalists Shen Xue and Zhao Hongbo will be having an ice show wedding celebration, according to RT.com.  The couple were married in 2007 but didn't have the celebration they wanted back then - apparently that included an ice show dedicated to the nuptials!  The two came out of retirement to compete in the Vancouver Olympic Games earlier this year.

Evgeny Plushenko and Alexei Yagudin are performing, and Stephane Lambiel, Mao Asada, and Johnny Weir have also received invitations to perform.  I am still awaiting my invitation.  Shen and Zhao are using the ice show as a way to express their appreciation to the fans.  They are just the best.