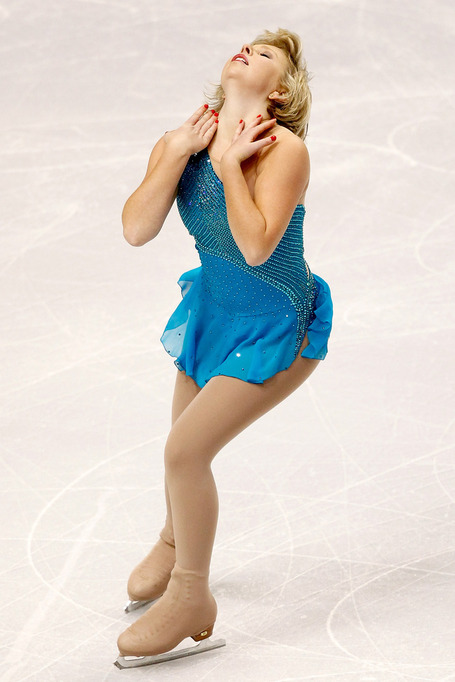 Reigning U.S. champion Rachael Flatt will debut a new short program at the national championships next weekend.  She is scrapping the current program to "Summertime" and "Oh But on the Third Day/Happy Feet Blues" and instead skating to "East of Eden" by Lee Holdridge.

I felt that the tone of Flatt's short program and free skate were a little too similar this season and definitely way too heavy on the cutesy pageant child vibe.  So I guess I'm happy she's redone one of the programs, but to be honest I wouldn't have minded a new free skate instead/as well.  I'm not too worried about Flatt debuting a new program at nationals. I think she really does need to try a mature approach with at least one of her programs, so this is a good attempt.

The music itself is just gorgeous.  Because I'm evil, you can hear/see a sample here.