Share All sharing options for: Virtue and Moir Update 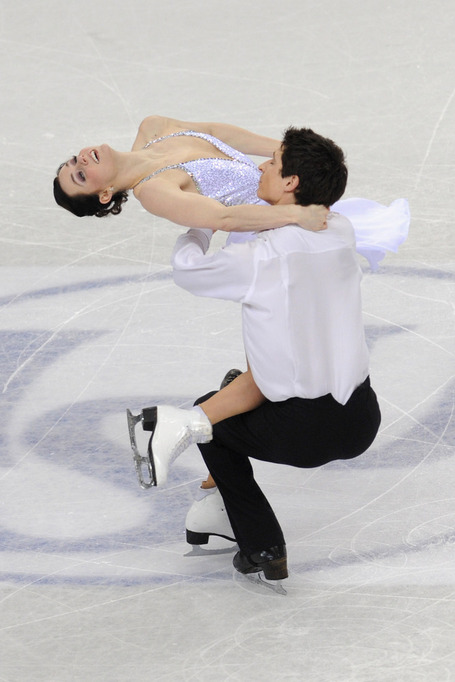 After more than a week of will they or won't they articles coming out by the hour, Canada's olympic gold medal-winning ice dancers Virtue and Moir have withdrawn from the Canadian championships because they needed more time to train their programs.  I don't know that anyone is surprised not to see them there.  They will be competing at the Four Continents Championship next month, presumably as a way to debut their new programs.  I hate to say it, because Davis and White are so very good, but I would not be surprised to see the Canadians sweep in and  edge them out.  There is something about the Davis and White free dance that is just not doing it for me, despite the fact that I can tell how very difficult it is.  I haven't seen Virtue and Moir's free dance yet, though.  So who knows.