Share All sharing options for: Flatt Healthy Heading into Nationals 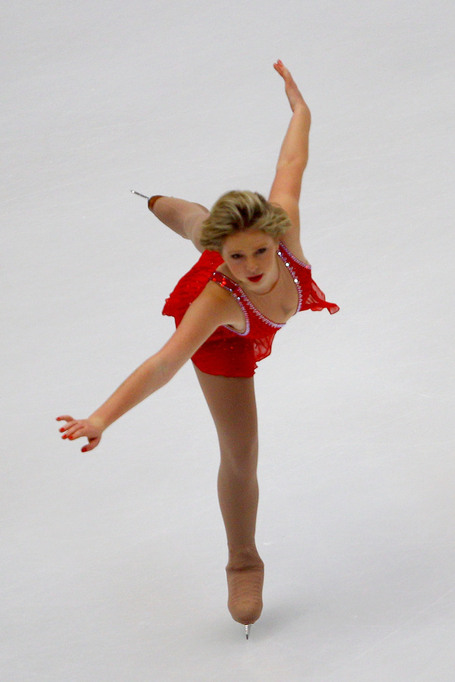 Reigning U.S. champion Rachael Flatt has recovered from her tendinitis and is feeling healthy and training normally heading into next week's nationals competition in North Carolina, according to Icenetwork.  However, it does not appear that Flatt will be doing a triple/triple combo, from what I could garner from the article.  But she talks of having two such combinations for later competitions if nationals goes well.  That would be fairly ambitious considering that Flatt hasn't done too many (any?) of those this season.  I would love to see her attempt one at nationals but I assume she doesn't really need them there considering the competition.

Flatt and coach Tom Zakrajsek also acknowledge the East of Eden/Michelle Kwan connection in her new short program, choreographed by Lori Nichol (who also choreographed Kwan's East of Eden).  Zakrajsek tries to play down the Kwan connection by pointing out that it would be hard not to ever reuse music.  Apparently, Lori Nichol suggested the music.  Maybe she was itching to choreograph it under the new scoring system?  I'm pretty excited to see what they do with it.  As I have stated before elsewhere..I do think that if Flatt is trying to win fans over to her style of skating, this might not have been smart since so many of us will involuntarily compare her short to Michelle Kwan's.  But from a judging system point of view, the music is beautiful and powerful, so hopefully that will work to Flatt's advantage in allowing her to present a mature piece, since her more cutesy short program from the beginning of the season was poorly received.