Evan Lysacek Missing the Grand Prix: What Does it Mean?

Share All sharing options for: Evan Lysacek Missing the Grand Prix: What Does it Mean? 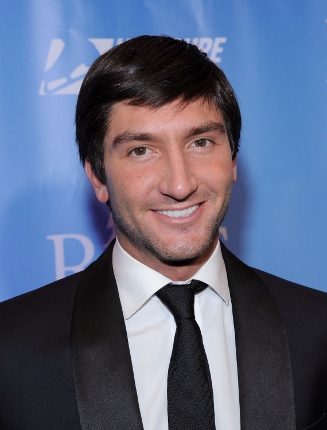 So, Evan Lysacek is missing the International Skating Union's (ISU) Grand Prix series due to a contract dispute with the US Figure Skating Association (USFSA).  What does this mean for the fall Grand Prix competitions, the US, and for Lysacek himself?

Lysacek was entered into Skate America, which is the opening event of the Grand Prix season. He was also planning on competing in France's Trophee Eric Bompard later on in the series. Icenetwork still has his face dominating its season pass advertisement on the website's home page, which is another example of USFSA hyping Lysacek's return.  It would appear that this is a blow to the competition as a whole - Lysacek was the marquee American man entered there and now the biggest US male name is, arguably, Nationals silver medalist Richard Dornbush.  Lysacek would also have been in medal contention against a field that included Japan's former world champion Daisuke Takahashi, France's Florent Amodio, and Czech Republic's Michal Brezina.  It's still possible that one of the American entries will medal but much less likely than a potential Lysacek medal.  I can also imagine the loss of Lysacek will have a negative affect on viewer interest in the event, since Lysacek draws attention from his Olympic win and his subsequent presence in the media.  It's never great when the host country doesn't have a well-known and successful athlete to hook onto for an ISU event.  On the other hand, Grand Prix events are less mainstream than the Nationals or the World Championships, so spectator and viewer interest will likely still be high among hardcore skating fans.  But the casual fan might not be as interested if they don't know the participants.

Still, this is an opportunity for one of the others on the American team, who, along with Dornbush, include Grand Prix medalist Armin Mahbanoozadeh and Lysacek fill-in Douglas Razzano.  Lysacek will likely remain the most famous active American male skater until the next Olympics, but these younger men are the skaters who need to put themselves out there as medal contenders.  Getting out of Lysacek's shadow in this event can only help them.

For Trophee Eric Bompard, I'd imagine the loss of Evan Lysacek is not as big of a deal, although it always helps to have the Olympic champ in your competition.  The event still has reigning world champion and constant record-breaker Patrick Chan, along with home country skaters Florent Amodio and Brian Joubert.  The Chan/Lysacek faceoff would have been nice, but there should still be interest in any event where Chan is competing.

Really, I'd estimate that Evan Lysacek is the one taking the biggest hit in all of this.  Lysacek spent the 2008-09 and 2009-10 Grand Prix seasons growing and refining his programs and technique until he finally peaked at just the right time each season.  Remember, he only placed third in both of his Grand Prix events in 2008 and he placed second at Cup of China in 2009. Those were all important steps to his later success those seasons. And now Nationals will be his first competition in two years.  If he places third again, like he did in 2009, he misses a spot on the world team.

And if Lysacek does make worlds, it may be his first international competition of the season (or even second, if he makes Four Continents).  The code of points has changed since Lysacek last skated, and the fact that he won't be using the Grand Prix competitions as opportunities to try out his quad and his new programs seems like a missed opportunity to me.  Although, if he is unsuccessful at Nationals or Worlds, he can always say he didn't have the proper competitive preparation because he sat out of the Grand Prix season.  And I truly don't believe Lysacek will compete at Nationals unless he thinks he is competitive on the world stage, so perhaps the Grand Prix absence will just provide him more (less stressful) prep time?

Anyway, let me know you what think about the loss of Lysacek in the Grand Prix from the skating fan's perspective as well as from Lysacek's competitive perspective.