UPDATE: SOLVED A Skater and a Mystery - Can You Help?

Share All sharing options for: UPDATE: SOLVED A Skater and a Mystery - Can You Help? 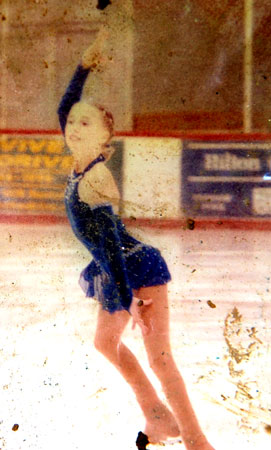 UPDATE:  According to The Washington Post, the mystery has been solved.  The skater is Rachel Stecher, who is attending the U.S. Air Force Academy.  The urn was her grandmother's.

Her grandmother was Gwyn Stecher, who died in August 2001 and was buried at Arlington. Adolph Stecher, the retired chief warrant officer, died a couple of years later. He was buried in a coffin that was supposed to be below his wife’s urn.

But in 2005, the urn was found in an excess dirt pile at the cemetery by a contractor, and the urn was turned over to the cemetery. Then last October, as Army officials continued to investigate widespread problems there, a worker told the cemetery’s director that there was a mass grave that held multiple sets of remains.

ORIGINAL POST:  Last year, a mass grave of unidentified individuals service members was discovered at Arlington National Cemetary in Virginia.  There was only supposed to be one person in the grave, but eight sets of cremated remains were found in the grave about a year ago.

According to The Washington Post, there is only one urn whose remains still need to be identified - and the key to the identity lies in a photograph of a young figure skater.

The girl in the photo is young and lithe, a figure skater in a short blue dress, striking a pose on the ice. She keeps her head high as she arches her back, and her right arm reaches up, like a ballet dancer's in a Degas painting.

But who is she?

...The photo was found tucked in a plastic bag in an urn full of ashes. The brass-colored urn was among eight sets of cremated remains found in a grave where only one person was supposed to be buried.

Three other urns were already identified, and the Army concluded that four sets cannot be identified.  This is part of a larger scandal at Arlington, in which "investigators have found mismarked and unmarked graves and people buried in the wrong spots," writes the reporter.

Investigators blew up the photo and saw an ad for a Safe Driving campaign alongside a Hilton ad.  They figured out which safe driving organization advertised at an ice rink at the same time as a Hilton.  The ads were posted at IceWorks in Aston, Pennyslvania, which today's skating fans know as the rink that ice dancers Natalia Linnichuk and Gennadi Karpanosov train at (some famous former skaters who trained there include Tanith Belbin and Ben Agosto and Oksana Domnina and Maxim Shabalin).

The ads were posted in 1999 and 2000, making the girl 20-something now, according to the article.  The Army went to IceWorks a few months ago so they could advertise the photo to find the girl, but no one has come forward.