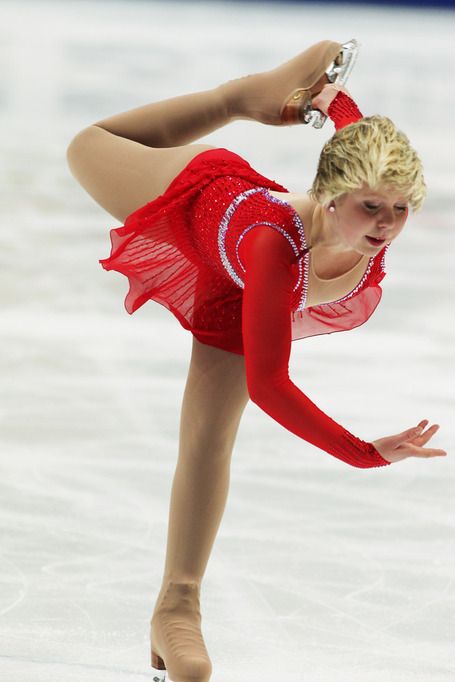 Rachael Flatt has announced who she will be training with as she leaves Colorado to head to Stanford University in California.

According to a U.S. Figure Skating release, Flatt will be working with "Justin Dillon, Lynn Smith and Sergei Ponomarenko at three ice rinks in the Palo Alto, Calif., area as she begins coursework at Stanford University in late September."  Wow, three separate ice rinks - that seems a lot.  I suppose if she only goes to one each day, it wouldn't be that weird.  At least she's figuring out how to get everything she needs to continue skating.

Dillon rounded out his 12-year domestic and international competitive career in 2005. In addition to coaching, Dillon serves as a national technical specialist and on the U.S. Figure Skating Athletes Advisory Committee. Smith, a former national and international-level competitor, has 27 years of coaching experience in the Bay Area. Representing the Soviet Union and the Unified team, Ponomarenko and ice dancing partner Marina Klimova won three Olympic medals (bronze in 1984, silver in ’88, gold in ’92), three World titles and four European championships.

This will definitely be an interesting season for Flatt.  She definitely needed to go down a new road in order to become relevant again on the international skating scene after the Grand Prix Final and World Championships disasters last year.  Let's see if the new coaches can help her move in the right direction.